Not news The things I've seen Terms of service 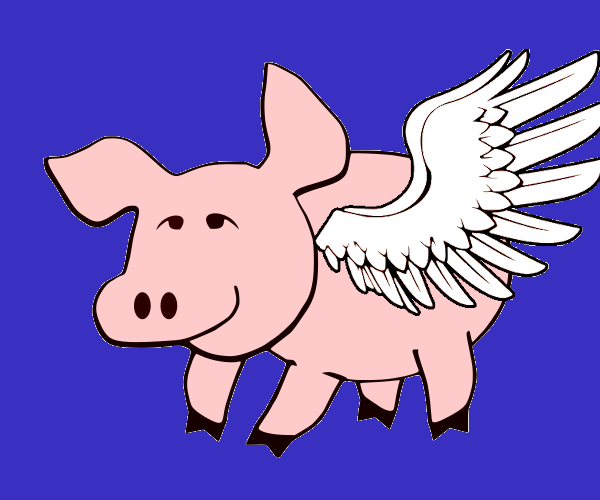 This is just another influenza

The only weird thing is that it started (or got caught) in Mexico instead of Asia.

This CANNOT be found on my Facebook page, because it no longer exists.

Six simple steps to keep you healthy (for any influenza strain):

If you don’t know all of that, you must not have graduated elementary school health class (and wash your hands).

The “Hong-Kong Flu” or Asian influenzas (or normal flus), spread from pigs not because we eat them, but because in pigs are exposed to human waste. Pigs roll in crap, right?

In the third world, if you take the household plumbing, and let it mix with the pig crap (The pigs don’t care, and you can store all that stinky stuff in one place).

Give it a little time to settle down and dry, and you can use all of that combined poo, pee and bits of corn and peanuts to fertilize your fields.

In the rice paddies of Asia, this potent non-potable, is flushed into the rice paddies while the farmers stand in them barefoot and plant the rice. It gives the rice a real boost, and it gives the microscopic critters time to reacquaint themselves with human flesh.

The rice and vegetables get eaten by birds, which most likely poop it back into a neighbors field (so that they can optimize the mix of DNA from different sources). Some farmers also release fish into the field for an extra protein boost and a creative meal!

Finally, the fields are harvested, and grazing livestock is released onto the paddy to graze on the fallow plants (They also give fertilizer contributions of their own).

In the meantime, people eat the rice, the vegetables, the birds, the fish, the pigs and the grazing livestock often after cleaning with inadequate hygiene. Then a few hours later pee and poop them right back into the pig sty/raw sewage/compost field.

This whole time human bacteria and viruses are mixing with all the animal and plant microbes. Not just from one family’s holdings, but circulated via fish, foul and water flow to all the families in the region. A perfectly natural, sublimely ingenious and efficient petri dish for the breeding of new diseases.

Thus the Influenza Circle of Life continues. Beautiful isn’t it.

If you think the world is 5000 years old, you’re probably not still reading (but stop reading anyway, because the next bit gets a little fantastical).

This gives the bugs the ability to exchange DNA between the hosts and themselves, which defeat our defenses, trade genes for chemical and pharmaceutical resistance and create new varieties of influenza. This has been going on for about 10,000 - 15,000 years (ever since we domesticated animals and invented agriculture). Almost all viruses and bacteria contain common DNA with humans, pigs and bird (probably cows and fish by now).

In fact, the use of plasmids in bacteria, and viral infections probably have been happening before multi-cellular live evolved (Thus before sex!).

This proves that the real ancient terror of nature versus nurture is infectious disease (Not gay marriage as Rush Limbaugh would lead us to believe).

BUT WAIT! NATURE HAS MORE TRICKS UP HER SLEEVE (And by ‘sleeve’ I mean human genome)

The really scary part is that tucked away in the seldom used parts of human genes are the codes for Human Endogenous Retroviruses (HERV).

HERV can contain the codes of illnesses we caught in childhood. But here’s the exciting part: Because HERV are stored in the DNA of cells that make sperm and ova also, they could have come from our ancestors and can be passed down to our descendants.

The human genome contains complete sequences that can build viruses that haven’t been around in thousands of years. Every now and then a cancer or a mutation, causes one of these HERV to express. Which releases a brand new illness to our generation, but could still be a virus that predates humanity.

READ THESE THREE GREAT liNKS (Because they support my opinion)